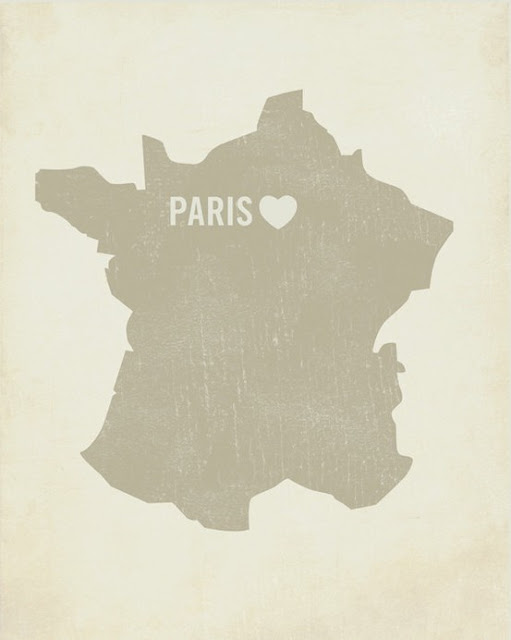 via
The trip to Paris was great! I stayed in a small hotel, near place de la Bastille, the place were the workshop was held, in a nice characteristic photo studio. Friday I had some time to wander around and get to know the area. It was so close to Le Marais, that in fact didn´t knew so well, as previous trips to Paris I seem to visit the same places. Le Marais was an eye opener, beautifull big buildings and houses from the year 1500 that now are turned in to musea´s, in those same streets there were tons of gorgeous boutiques like Sandro, Les comptoir des cottoniers, Ba&SH, Manoush, Annick Goutal, Diptique and lots more...
I have walked for hours in those little streets around rue vieille du temple and also discovered a little street, Rue des Rosiers, with many jewish eateries and falafel restaurants, noticing the huge queue in front of L´as du Falafel, I decided to try one, I must admit, probably the best one I have ever had.

Saturday and Sunday we had the Blogshop Workshop, really recommendable, best money I have spend this year. It was one little dream come true, I have always wanted to learn how to use Photoshop but never wanted to apply for a yearly course. Being creative, and not being able to express that in posts was a bit frustrating. Blogshop comes to the point and Bri and Angela have thought only the most important and useful things to know about Photoshop.
I got super enthusiastic after following Bri´s blog called Lovedesignfest, if you see the pretty posts she makes you´ll get excited too.
The girls that attended Blogshop were amazing, such a good mix of interesting personalities and from many different countries. We were all highly motivated to soak up all the information possible.
We were treated with healthy vegetarian lunches, and we had our pictures taken by Angela to photoshop them. We had to bring a prop, so I decided to bring a french bread and ditto hat.
For me those 2 days passed by a little too fast, it was a blast. Hopefully soon Angela and Bri, post pictures on the Blogshop blog, as I didn´t had any time to shoot them myself.

Monday I had some time before I left, to sit in the sun in Tuilleries garden and stroll around in my favorite street Rue St. Honoré, where I like to check out the newest gadgets in Colette store.
Beau Boyfriend told me to go and buy my birthday present in the Goyard store, as the bag that was on my wish list is not available in Spain. I was as happy as a kid to pick up the bag, now it´s hidden in the house and I will not get to use it until February next year!
Posted by Beau lifestyle at 7:30 AM

L'as du Falafel is the best I've had too. So good right?

Beau lifestyle
Born in Holland, living in Spain, loving the United States, England and France. A recent made change of lifestyle, to become the best that I can be thanks to crossfit, daily workouts and a balanced diet. Decorating is one of my biggest passions and often you can find me searching vintage things, who need a little tlc to become that unique piece. I also like modern designs, and the best way is to mix and match DIY with design. I would like to share my inspiration, passion and finds with you in this blog.